Did you think you would ever see or hear dinosaurs...in the Lakes Region of New Hampshire?

This summer you will! Five dinosaurs are on display on the Science Center's live animal exhibit trail. These spectacular, gigantic, animatronic creatures look and move and sound like the real thing! The dinosaur exhibit is included in your regular trail admission.

What Dinosaurs Will You See? 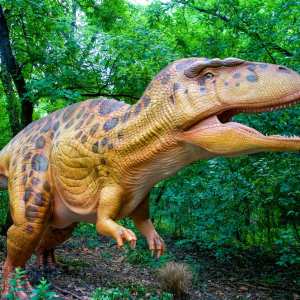 Given its name (meaning "high-spined lizard") because of the unusually high spines on many of its vertebrae. 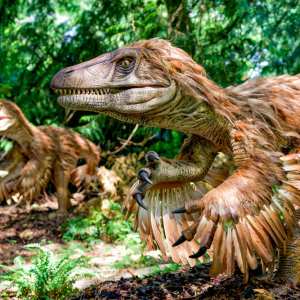 A bird-like body with a killer talon, or claw, on its hind foot used to stab their prey and held retracted while the dinosaur walked. 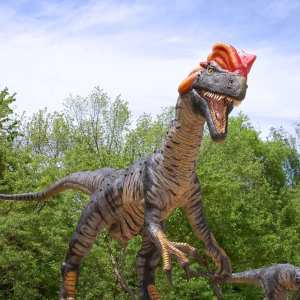 A fast moving bipedal carnivore with long thing legs and short arms with three fingers and claws on each finger. 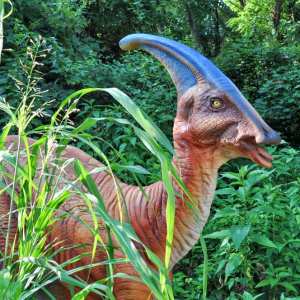 This dinosaur had a long, hollow, and bony head crest used to make sounds, enhance sense of smell, and/or for mating displays. 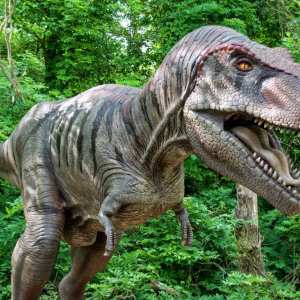 A bipedal carnivore with cone-shaped serrated teeth that were continually replaced. One of the largest dinosaurs ever!

How else can you experience Dinosaurs Alive!?

Thank you to our sponsors: