(from the archives at Squam Lakes Natural Science Center)

Brad Washburn produced five editions of his Squam Lake Chart. The first, in 1936, was simply a tracing of a mosaic of vertical aerial photos taken in 1935 from an airplane flying at 10,000 feet. His 1948, 1954, and 1961 editions included refinements and a modest amount of new information. Later in the 1960's, while keeping up with his many responsibilities as Director of the Boston Museum of Science, he spent a tremendous amount of time surveying Squam Lake and the surrounding area in detail, building an extensive and extremely accurate three-dimensional database. He used this new information for the major upgrade (1968) to the Squam Lake Chart, and eventually for his map of the Squam Range in 1973.

In addition to huge improvements in accuracy, Brad's 1968 edition of the lake chart featured contour lines on the land surrounding the lake and a 300-foot grid of depth soundings, 99% of which were taken in the winter by drilling holes in the ice. For this Herculean task of drilling over 3,000 holes and taking soundings, Brad was assisted by members of his family and local volunteers including Peter Hodges, Malcolm “Tink” Taylor, Lloyd Perkins, Dave Little, Elbeon Ricker, Leslie Ricker, and Dick Hodges.

The 11 original Squam Lake Chart work plans cataloged here were the result of the detailed surveying during the 1960's (by Brad and others) described above. In the work plans' black-and-white medium, water is distinguished from the land areas mainly by the 300-foot grid of depth soundings throughout the lake. Other points of interest and clarification are as follows:

It is my hope that lovers of maps, property owners around the lake, students of history, and people interested in the extraordinary life of Brad Washburn will enjoy viewing these original work plans. For me, access to these maps provides a window into his drive and perfectionism.

Brad gave many, many talks and slide shows over the years about his experiences in Alaska and the European Alps doing mountaineering, surveying, mapmaking, and photography. He loved to include a quote from Aristotle: “Each one of us adds a little to our understanding of nature, and from all the facts assembled arises a certain grandeur.” 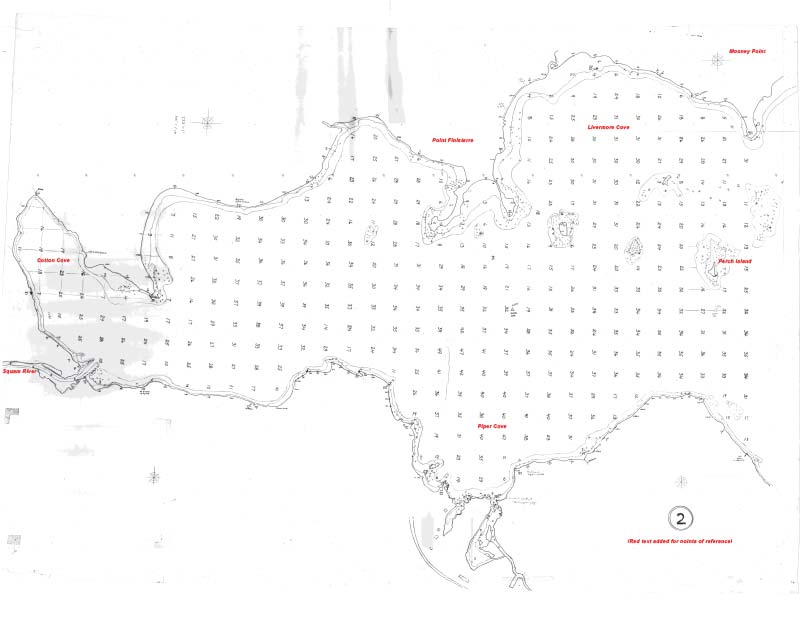 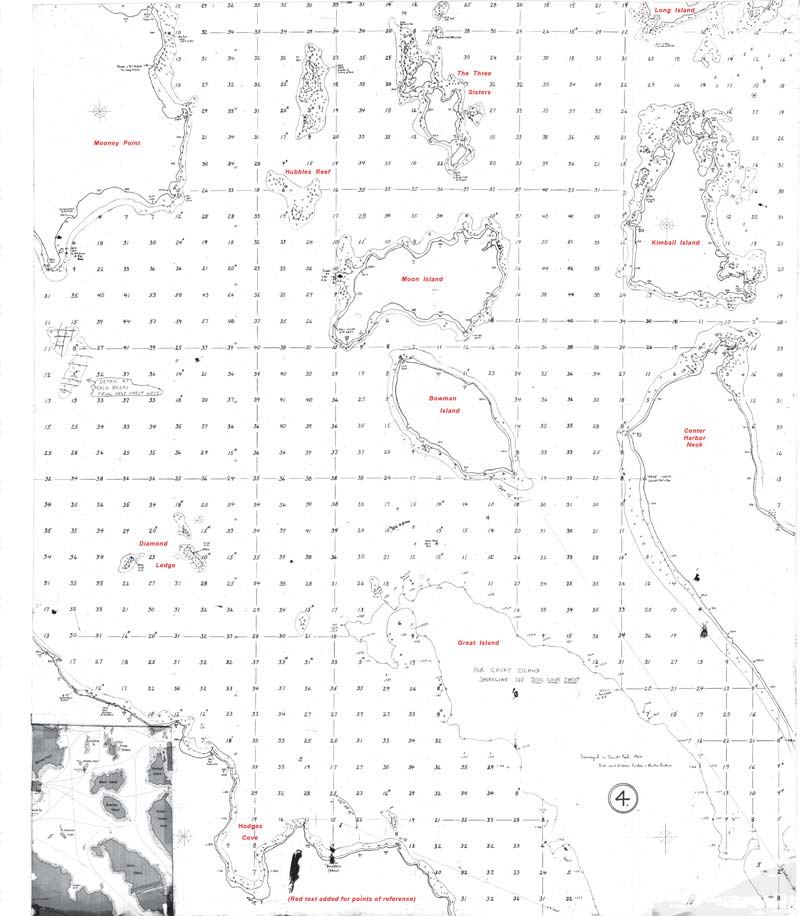 Centered on Moon and Bowman Islands 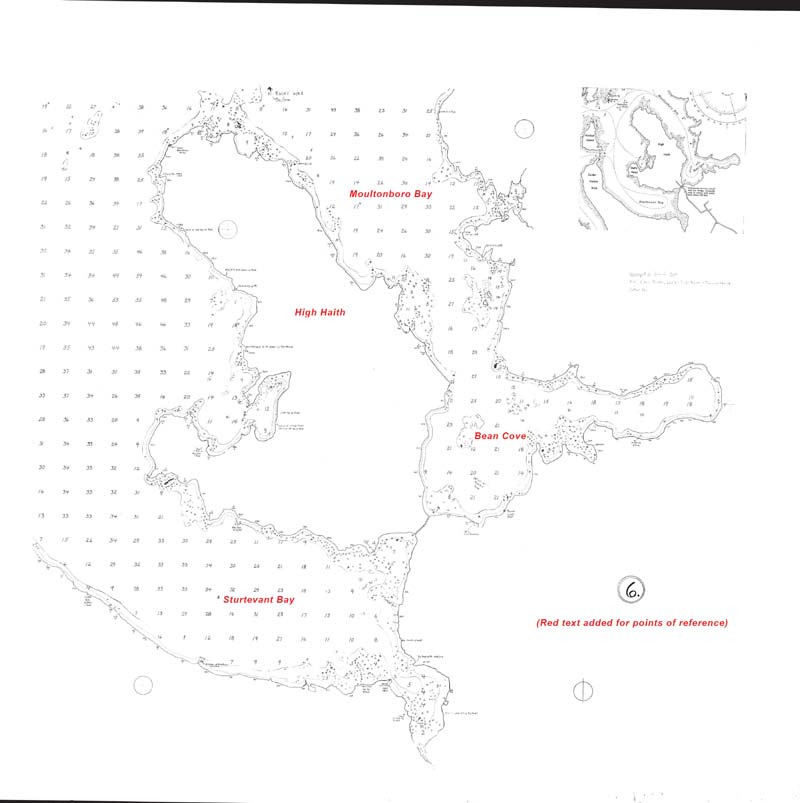 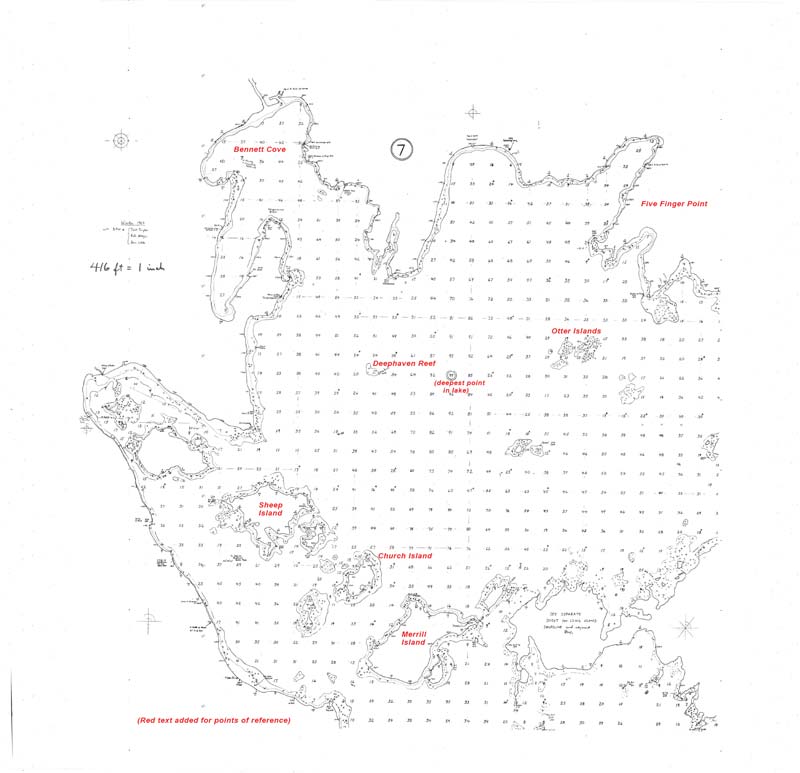 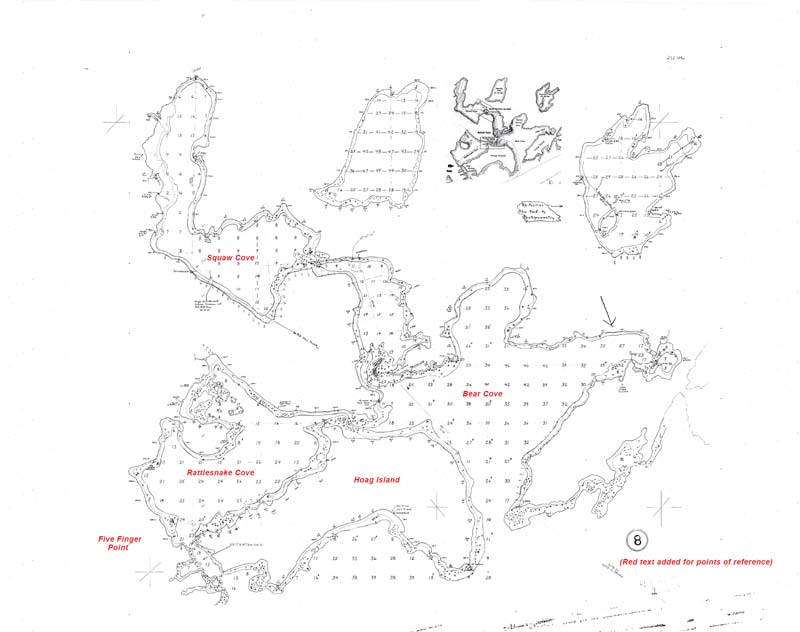 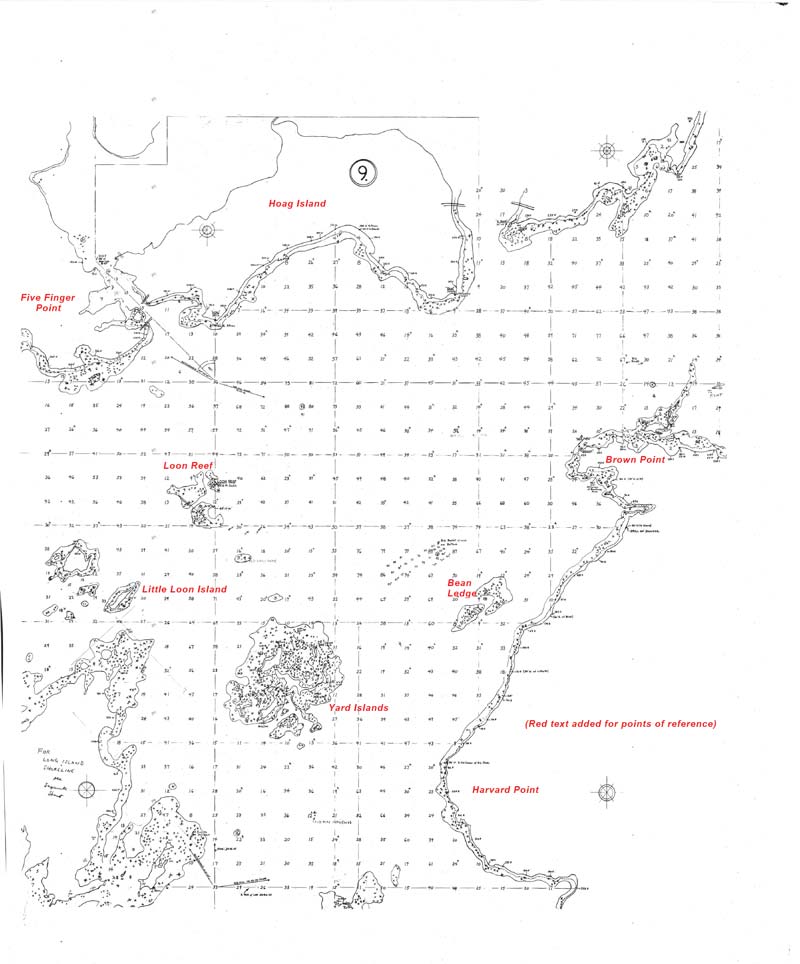 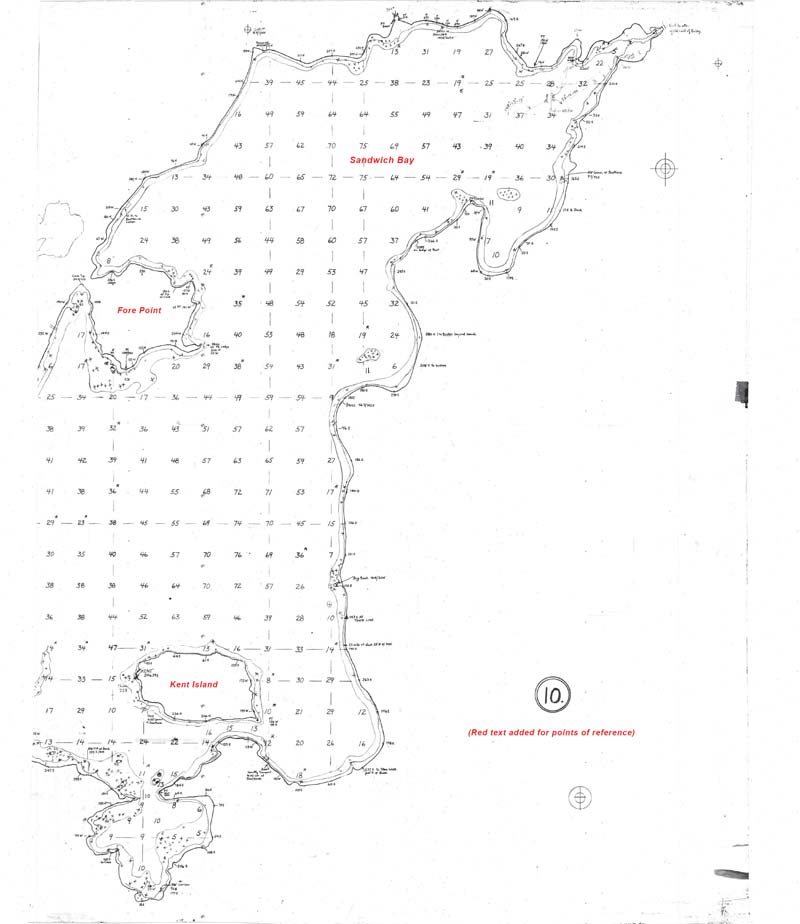 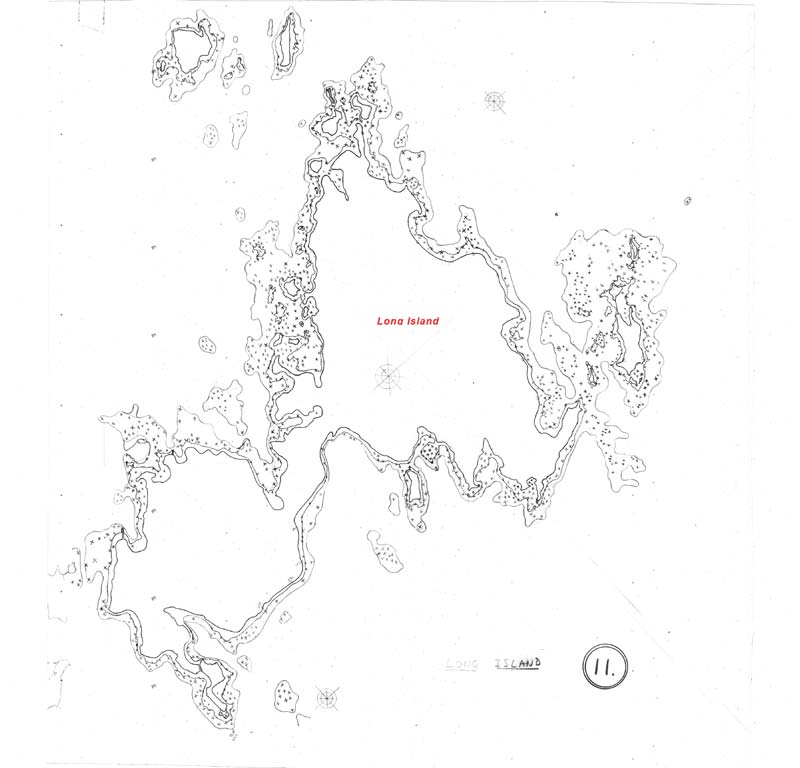 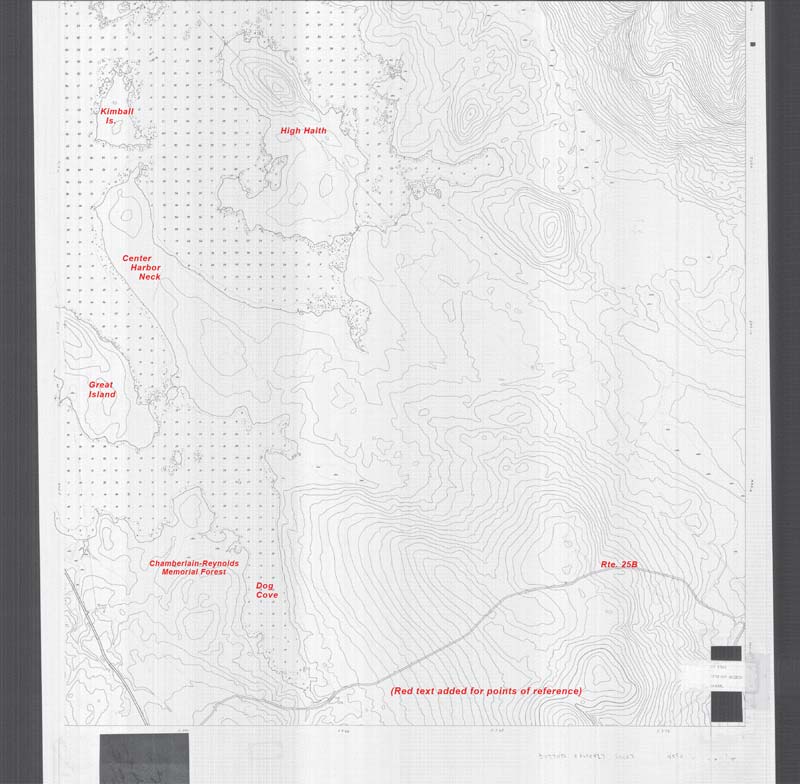